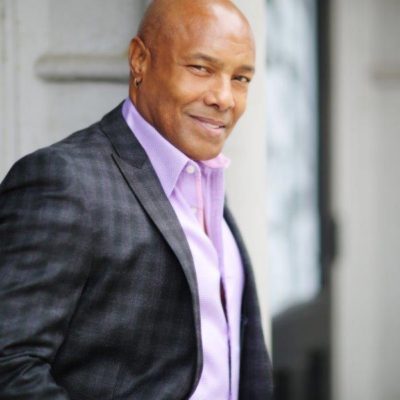 Take a little pop, throw in some R&B, mix it with some soul and add a touch of jazz and the result is the electrifying sounds of Blair Clark. Clark has captivated audiences through Europe, Canada and all over the U.S. Appearing at numerous concerts, festivals, private events, and clubs.

Clark has had the privilege of working with Grammy award-winner/producer Narada Michael Walden, BMI ® award-winner Preston Glass and New Orleans jazz legend Henry Butler, to name a few. He’s enjoyed collaborating and recording with Evelyn “Champagne” King and Ron Tyson of The Temptations.

As a songwriter, Clark has written for various artists including co-writing with Narada Michael Walden and Preston Glass, as well as his own projects. A producer, Clark has created and worked in studios in Los Angeles, San Francisco, Chicago and Indianapolis.

Clark recently released “Blair Clark Sings the Great American Song Book, Live at the Jazz Kitchen.” He will soon be releasing his next project, “In a Perfect World.”  This latest work will be produced with the legendary Preston Glass, who has worked with such artists as Kenny G., Whitney Houston, Natalie Cole, Aretha Franklin and Earth, Wind & Fire, to name a few.

Clark’s passion for music is only surpassed by his passion for community service. In memory of his late sister, LaNiece Clark, he started a non-proﬁt organization, Friends Helping Friends, Inc., serving individuals and organizations in need.

Clark is president and founder of the Coach Blair’s Voice & Performance Studio, coaching and mentoring vocalists of all ages. The studio focuses on vocal training and performance technique.